The collaboration between the departments of neurology and general practice at the AMC forms an excellent basis for the coordination of PRODEMOS as it did the HATICE trial (n= 2725) and the preDIVA trial (n=3526). The Department of Neurology has a longstanding history of clinical research in several fields including most prominently cognitive disorders and stroke. The academic Department of General Practice has a focus on clinical research in geriatric populations and is involved in large epidemiological studies.

Professor Willem A (Pim) van Gool has a special interest in dementia and delirium and he combines his academic affiliation with the Presidency of the Health Council of the Netherlands and a role as consultant in psychogeriatric mental health care. He has been the PI in several randomised controlled trials on cognitive decline and dementia. He heads the AMC research group with as main lines of research vascular factors in dementia, prevention of cognitive decline, and delirium. Together with Drs Richard and Moll van Charante, he was co-applicant of the FP7 HATICE study and the current PRODEMOS project.

Professor Edo Richard works at Radboud University Medical Centre and the Academic Medical Centre, both in the Netherlands, as a neurologist with dementia and stroke as main fields of interest. He combines clinical practice with scientific research with a focus on vascular factors in dementia and particularly the prevention of dementia through vascular risk factor management. He has initiated the European Dementia Prevention Initiative. He also leads several projects on ethical aspects of dementia prevention and early diagnosis of dementia. He is permanent member of the Scientific Advisory Group Neurology at the European Medicines Agency. He is co-leader of the PRODEMOS study.

Professor Eric P. Moll van Charante is general practitioner and senior researcher within the Department of General Practice (AMC). He is one of the initiators and key investigators of the preDIVA-study and HATICE-study. Over the last years, together with the Department of Geriatrics, he also conducted the FIT study, investigating the effect of comprehensive geriatric assessments and nurse-led care coordination on the prevention of functional decline in community-dwelling older people. He was the first author of the Dutch Dementia Guideline of the College of Dutch General Practitioners (2012) and will be involved with the upcoming revision (2019). Finally, he was one of the founding members of the European Dementia Prevention Initiative (EDPI), which was launched in 2011 and received an EU grants in 2012 (Healthy Aging through Internet Counseling of the Elderly). He is co-leader of the PRODEMOS study and will also be involved in both the qualitative substudy and training of the coaches for the implementation trial.

Dr. Marieke P. Hoevenaar-Blom is epidemiologist with a special interest in preventive cardiology. In 2013 she obtained a PhD-title with her dissertation on ‘Lifestyle factors in association with cardiovascular diseases’. Currently, she works as a post-doc at AMC and is project manager of PRODEMOS.

Role in Prodemos: financial manager Since February 2003 I am involved in the financial management of European Commission funded Coordination-projects. At the University of Amsterdam I started with FP5 and experienced strict audits in FP6. Since 2010 I am working for the Academic Medical Centre and managed several FP7 Coordination projects from proposal phase to project end. In 2018 the first of my H2020 Coordination projects will come to an end and I am looking forward to contribute to the steering of the Prodemos flagship to a safe haven in 2023!

Esmé Eggink is a PhD-student. She graduated as a medical doctor and as an epidemiologist at the Faculty of Medicine of the University of Amsterdam in 2017. During her study period she developed an interest in primary health care, with a focus on neurologic diseases. After graduation she worked as a junior doctor at the neurology department of a local hospital.

Melanie Hafdi is an Amsterdam based PhD student and medical doctor connected to the Academic Medical Centre (AMC). She graduated at the Faculty of Medicine of the University of Amsterdam in 2019 and has since then been working on the PRODEMOS project. Her research focus is on (vascular) neurology and cognitive disorders. 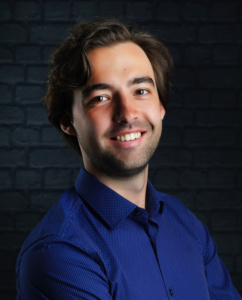 Patrick Witvliet is a PhD-student. He graduated as a medical doctor at the Faculty of Medicine of the University of Amsterdam in 2019. During his study he developed an interest in primary health care with a focus on cardiovascular diseases. After graduation he worked in a general practice in Amsterdam. He has been working on the PRODEMOS project since november 2020.